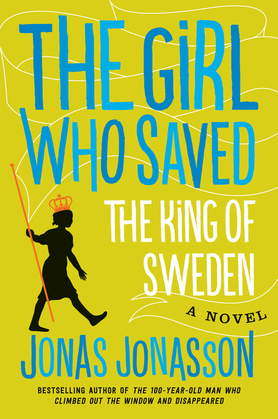 A wildly picaresque new novel from Jonas Jonasson, author of the internationally bestselling The 100-Year-Old Man Who Climbed Out the Window and DisappearedIn a tiny shack in the largest township in South Africa, Nombeko Mayeki is born. Put to work at five years old and orphaned at ten, she quickly learns that the world expects nothing more from her than to die young, be it from drugs, alcohol or just plain despair. But Nombeko has grander plans. She learns to read and write, and at just fifteen, using her cunning and fearlessness, she makes it out of Soweto with millions of smuggled diamonds in her possession. Then things take a turn for the worse . . .Nombeko ends up the prisoner of an incompetent engineer in a research facility working on South Africa’s secret nuclear arsenal. Yet the unstoppable girl pulls off a daring escape to Sweden, where she meets twins named Holger One and Holger Two, who are carrying out a mission to bring down the Swedish monarchy . . . by any means necessary. Nombeko’s life ends up hopelessly intertwined with the lives of the twins, and when the twins arrange to kidnap the Swedish king and prime minister, it is up to our unlikely heroine to save the day—and possibly the world.In this wild romp, Jonasson tackles issues ranging from the pervasiveness of racism to the dangers of absolute power while telling a charming and hilarious story along the way. In the satirical voice that has earned him legions of fans the world over, Jonasson gives us another rollicking tale of how even the smallest of decisions can have sweeping—even global—consequences.