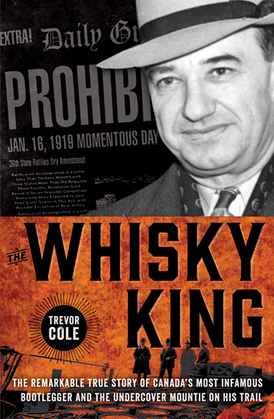 “True-crime writing at its finest.” —Dean Jobb, author of Empire of DeceptionA rich and fascinating history of Canada’s first celebrity mobster, Rocco Perri—King of the Bootleggers—and the man who pursued him, Canada’s first undercover Mountie, for readers of Erik Larson, Dean Jobb and Charlotte GrayAt the dawn of the 20th century, two Italian men arrived in Canada amid waves of immigration. One, Rocco Perri, from southern Italy, rose from the life of a petty criminal on the streets of Toronto to running the most prominent bootlegging operation of the Prohibition era, taking over Hamilton and leading one of the country’s most influential crime syndicates. Perri was feared by his enemies and loved by the press, who featured him regularly in splashy front-page headlines. So great was his celebrity that, following the murder of his wife and business partner, Bessie Starkman, a crowd of 30,000 thronged the streets of Hamilton for her funeral.Perri’s businesses—which included alcohol, drugs, gambling and prostitution—kept him under constant police surveillance. He caught the interest of one man in particular, the other arrival from Italy, Frank Zaneth. Zaneth, originally from the Italian north, joined the RCMP and became its first undercover investigator—Operative No. 1. Zaneth’s work took him across the country, but he was dogged in his pursuit of Rocco Perri and worked for his arrest until the day Perri was last seen, in 1944, when he disappeared without a trace.With original research and masterful storytelling, Cole details the fascinating rise to power of a notorious Prohibition-era Canadian crime figure twinned with the life of the man who pursued him.