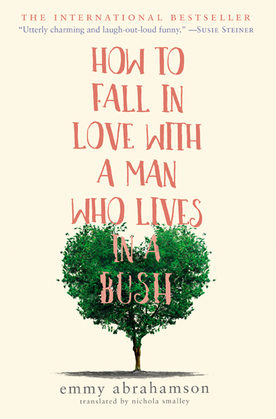 For readers of quirky Scandinavian fiction comes this charming and witty debut novel by Emmy Abrahamson—perfect for fans of Jonas JonassonLove stinks. Or maybe it just needs a shower . . . Vienna: famous for Mozart, waltzes, and pastry; less famous for Julia, a Swedish transplant who spends her days teaching English to unemployed Austrians and her evenings watching Netflix with her cat or club hopping with a frenemy. An aspiring novelist, Julia’s full of ideas for future bestsellers: A writer moves his family to a deserted hotel in the dead of winter and spirals into madness! A homely governess loves a brooding man whose crazy wife is locked up in the attic! Fine, so they’ve been done. Doesn’t mean Julia won’t find something original.Then something original finds Julia—sits down next to her on a bench, as a matter of fact. Ben is handsome (under all that beard) and adventurous (leaps from small bridges in a single bound). He’s also sexy as hell and planning to shuffle off to Berlin before things can get too serious. Oh, and Ben lives in a public park.Thus begins a truth stranger than any fiction Julia might have imagined: a whirlwind relationship with a guy who shares her warped sense of humor and shakes up the just-okay existence she’s been too lazy to change. Ben challenges her to break out; she challenges him to settle down. As weeks turn to months, Julia keeps telling herself that this is a chapter in her life, not the whole book. If she writes the ending, she can’t get hurt.But what if the ending isn’t hers to write?